Do we think it’s more important for our kids to know how to follow directions or for them to blaze their own trail?  Does our world need more people who are creative and can think for themselves or do we need more “yes” men?  And do our homeschool lessons reflect these beliefs?

When my sons were younger they were super creative.  I think back to those days and remember how they could spend hours entertaining themselves with a bunch of junk.  One of my sons would literally go through the garbage to see what kinds of building materials he could come up with.  I was constantly hearing phrases like, “Are you done with this cereal box?  Can I have it?”

“What about that empty can of peas?”

“Can I have that ball of twine?”

I thought for sure he would become an inventor because he was always building things and trying to find ways to solve problems.  They were crazy Dr. Seuss-like ideas which didn’t make much sense to me.  But once he explained their purpose, his ideas were pretty brilliant and outside of the box.

As time went on, this same son started doing his creative endeavors less and less.  He was so busy trying to finish his math, complete the reading I gave him, and work his way down the rest of his homeschooling checklist that he didn’t have the time or the energy left to put much effort into inventing anymore.

What a shame!  Our kids learn so much when they’re allowed  to explore the world around them.  This is a natural activity when our children are younger.  We instinctively encourage them to spend time puttering around and just being a kid.  They don’t need to have anything tangible to show for their efforts.

But as they grow older, we often make the mistake of wanting to categorize all of their time and having something substantial to show for it when they are finished.  So, we plan and we push and we ask our kids to constantly perform.  After all, we don’t want them to waste too much time, do we?!?

If you agree with me that creativity and thinking outside of the box are important, but aren’t sure what you can do to encourage creativity in your kids, then don’t despair.  It is possible to create an atmosphere where creativity is fostered – even in our older children.

Here are 7 Ways to Encourage Creativity in our Kids:

It’s important to let our kids make mistakes so that they can learn coping skills, develop self-confidence, and learn to take responsibility for their action.  Making mistakes also helps our kids learn that failure doesn’t actually occur unless we give up.  And it lessens their fear of failure which helps them to be more willing to try new things.

When our kids make mistakes, rather than telling them how they should have done it, let them try to come up with better solutions on their own.  A wise person once said, “If at first you don’t succeed, try try again.”

Don’t come up with too many parameters for all of their school subjects.  Let your kids think outside of the box.  Once the get used to being creative, they will probably come up with all sorts of ideas you’ve never even dreamed of.

4 – Teach them to Brainstorm

Brainstorming, both alone and in a group, is such a great skill.  Try to get your kids in the habit of brainstorming at the start of many of their lessons.  Even if their first idea for a project or a story is good, they will often be able to come up with something even better if they take some time to think up other ideas before starting.

Divergent thinking is when the mind generates ideas beyond prescribed expectations and rote thinking.  This type of thinking can be encouraged by allowing our kids to respectfully come up alternative ideas on their own rather than always having to do exactly as they are told.  For instance, when I’ve given my boys a plan for the day, they know that if they have different ideas of how to approach things, I’m willing to listen.  And if their plan makes more sense, I’m willing to alter my plans to follow their approach.

Our kids need time to be creative.  Sometimes this starts by letting them become bored.  Set up a scenario where they have time to do whatever they want that isn’t a video game or on their electronic devices.  Eventually, they will think up more creative things to do with their free time.

Give your kids a problem that has multiple answers and let them solve it.  Let them search for alternative answers.  When doing subjects which typically have one right answer, such as math, allow them to use whichever techniques work best for them rather than demanding that they use your favorite method – or even the method which is recommended in the book.  And be sure to give them the opportunity to do more open-ended activities that don’t have a specific answer.

If you’re just beginning this journey to encourage creativity, you might have a hard time thinking of anything for your kids to do.  And your kids might have a hard time coming up with anything, either.  You may not have the best luck if you simply set a timer and say, “Go be creative for an hour!”  Sometimes our kids need help getting started in order for the spark of ingenuity to occur.

Even as a mom, it isn’t always easy to come up with these ideas.  Last year, when I first started adding something called Exploration to my boys’ homeschool checklists, I had visions of them spending hours delving into subjects that interested them.  I imagined them sitting at the table building complex models, working on their sketching techniques, writing elaborate stories, and creating computer games that would knock their friend’s socks off.

Unfortunately, my boys saw the word Exploration on their lists and they froze.  They didn’t have any idea what to do with that free time and they wanted me to give them ideas.  And honestly, at first it took some doing for me to think of ways to guide them.  Fortunately, after a while, my boys started to look forward to having some time when they could explore their interests in-depth and it has since become an anticipated part of our day.

If you’d like to have more open-ended activities for your kids but you don’t know how to get started, I may have some help for you.  I’ve recently discovered a company that can help to get that spark of curiosity fanned into a flame.  That company is called Pitsco Education.

I received this product for free but all of my opinions are honest and I wasn’t required to post a positive review.

Pitsco Education provides student-led, hands-on learning kits which are seriously engaging and fun.  Their products are for kids ages K-12 and cover subjects such as science, math, engineering, technology, and robotics.

We tried an activity called Gravity Jousting and my boys were thrilled to take the kit for a spin.  When the box first arrived, their curiosity was peaked.  Shortly after looking at the materials and the Teacher’s Guide, they asked if we could try it out the next day.  Of course, I was happy to comply.  Strike while the iron is hot, right?!?

First, we unpacked the track that came with our kit and set that up.  This track is made out of a durable high-density polyethylene and I am confident we’ll be able to use it for many years to come!

Next, my boys set about creating their cars.  The goal of this activity is pop your opponent’s balloon using a vehicle which the student has created.  There are only a few rules, which are clearly stated in the manual.  And the kids are asked to consider the following with their designs:

Other than that, anything goes.  My boys decided to place a box in the middle of the table so that their opponent wouldn’t be able to see the weapon they were concocting to try to take out each other’s balloons!

One son decided to go get our air pump to blow up the balloons.  I thought this was pretty ingenious since I’ve always hated to blow up balloons since it gives me a headache.  We didn’t have any special fitting for the pump.  But he was still able to make it work.  I’ll never blow up another balloon with my mouth again!

Here is one son working on his design.  He decided to go with a 6-wheeled model for more stability.  And you can see that he was using some corrugated plastic as a shield.

The other son created a 4-wheeled design and he was intent on adding lots of spikes to make his vehicle as lethal as possible.

Here is one son getting ready to test his first design.  (You can also see that he’s wearing the homeschooler’s uniform of pajama pants.  We’ve been fighting sickness over here for the past few weeks.)

Here’s my other son getting ready to test his design.  You can see that they came up with very different-looking vehicles.

The vehicles met in the middle and neither balloon popped.  We analyzed what happened and took the cars back to the table to make some modifications.

The boys decided to add more weight and to add a lot more spikes!  One son added weight with clay.

The other son added weight with these wonky tire poles on either side of his vehicle.

And this son is proud as well.  “Get ready, brother, I’m coming after your balloon with all of my spikes!”

My boys seriously spent hours working on their cars, modifying their designs, and sending them down the ramp for test runs.  This activity was so much fun for them.  The continued to work to try to pop each other’s balloons.  They were eager to make the necessary modifications.  And they didn’t give up.

When we were done for the day, they carefully took their vehicles apart and put the pieces back into the box so that they would be able to reuse them in the future.  Both of my boys looked forward to facing each other head on again.  And I’m sure my husband will also want to get in on the competition as well.

Pitsco has lots of other really interesting looking STEM projects for kids.  Some of their products are intended to be used in classrooms or in homeschool co-ops.  But they also have kits which are specifically designed with homeschoolers in mind.  Here are some of the one you’ll want to check out:

They also have lots of other kits which would work well for homeschoolers:

How do you encourage creativity in your kids?  Got any other ideas you could share with us?  Please leave a comment below. 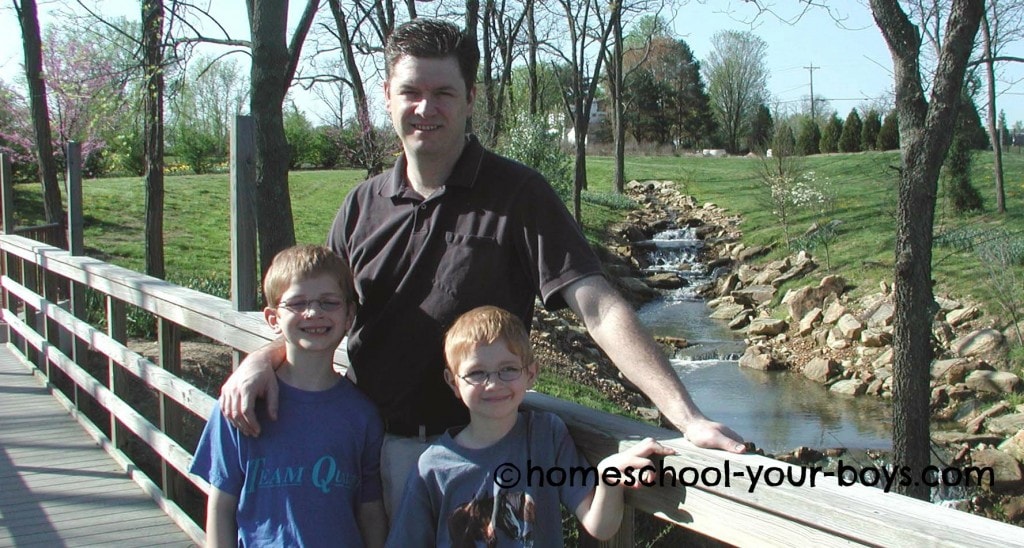 16 thoughts on “7 Ways to Encourage Creativity in our Kids”