Kids and Teenagers with Focusing, Attention, or Sensory issues

Overview: If your child has focusing, attention, or sensory issues it’s possible to help him or her focus better without harmful medication. Find out how!

THE INFORMATION CONTAINED ON THIS WEBSITE IS FOR INFORMATIONAL PURPOSES ONLY. IT IS NOT INTENDED TO BE A SUBSTITUTE FOR PROFESSIONAL MEDICAL ADVICE, DIAGNOSIS OR TREATMENT.

Does your child have focusing, attention, or sensory issues? Do you have a child who appears to have to work very hard to stay focused on a task? Does he instantly stop working as soon as you leave the room? Does it take him a long time to complete his work? Does he seem lazy and unmotivated? If these statements describe your child there is hope. Your son may be suffering from a low level of serotonin.

A few years back, I was blessed to be able to hear some amazing talks by Dianne Craft. Dianne has a master’s degree in special education, she’s a certified nutritional health professional, and she was a homeschool mom. She has a heart for helping kids who are often labeled as having attention issues. Diane has some common-sense advice which might be surprising to you. Not all of these kids need to be medicated!

It takes lots of energy to stay focused on something which isn’t interesting to you. If your son’s body isn’t producing enough serotonin, his ability to focus will be greatly impaired.

Serotonin is a neurotransmitter which is mostly manufactured in the gut (intestines.)

Serotonin has the following beneficial effects:

You can see how a lack of serotonin would put a real burden on a child’s system. Many of these kids are put on Ritalin or some other psychotropic drug in order to help with these behaviors. Ritalin works by helping our bodies to release serotonin. It also has 23 side effects, some of which are quite dangerous. As of 2010, according to the National Health Interview Survey, 8.4 percent, or 5.2 million children, between the ages of 3 and 17 had been given diagnoses of attention deficit hyperactivity disorder.

My boys have never struggled with their ability to focus. In fact, I almost missed going to this talk of Dianne’s because I didn’t think I needed to hear it. Little did I know that a lack of serotonin can also cause all sorts of sensory issues as well. Take a look at the various issues which can be caused by sensory processing problems:

Loud noises have always bothered both of my sons. They actually bother me and my husband as well! My oldest son also had a tendency to chew on the neck of his shirt, he needed me to cut the tags off of all of his shirts, and he was a “carbivore”. Both of my sons had struggled with several of the other issues as well. Once Dianne gave out these symptoms I was definitely listening. I thought these were character traits in my sons – I had no idea that they were symptoms for which we might be able to give them some relief.

Behavior Issues Originate in the Gut

Dianne said that she did some research as to what was going on in these kids that could cause them to have these symptoms. She came across some research done by different doctors, one of whom was Dr. Leo Galland. He attributed these and other behaviors to something called “leaky gut.” When your gut doesn’t contain the right amount of beneficial bacteria your body will not produce as much serotonin as it should. Also, the yeast in your system can grow out of control. Having an upset gut ecology causes the following symptoms:

The good news is that it may be quite simple to get the ecology of your child’s gut back into balance – and to greatly reduce or even eliminate the bad effects they are experiencing. Dr. Galland recommends doing this with food; however, Dianne knows that in real life, it can be hard to get these kids to be willing to eat the foods necessary to get their gut back on track.

Because of this, she suggests several supplements which will be easier to get your child to take:

Plant Acidophilus in your child’s gut 3 times a day for 3 months. Dianne recommends exact brands with which she has seen the best results. These probiotics are refrigerated and they are potent!

2. Get Rid of Excess Yeast

Use an antifungal agent such as Grapefruit Seed Extract or Caprylic Acid for 3 months 3 times a day.

Try to reduce sugar & carbs by increasing protein, especially for breakfast and snacks. This helps to build up the adrenal gland which stabilizes our mood and gives us more energy.

Dianne explains these and several other suggestions as well in her Biology of Behavior audio CDs, which I highly recommend.  She also discusses how antibiotics are wonderful, healing medications… however, they do have some harmful side effects. The big problem Dianne talks about is that they upset the ecology of your child’s gut.

Because both of my sons had multiple ear infections and were on antibiotics quite a bit as babies, my husband and I decided to try Dianne’s suggestion of the Acidophilus and grapefruit seed extract three times a day. We noticed a difference in our sons within days! We were so pleased that we quickly put our sons on the rest of Dianne’s regimen as well.

Over time, we have tweaked what supplements our sons take according to what seems to work best for them. My husband and I have also started taking many of these supplements. We have noticed such a difference not only in our sons but in ourselves as well.

While some children may genuinely require medication for their attention and focusing difficulties, that isn’t always the case.  If your child struggles with any of the above symptoms, consider purchasing Dianne’s “Biology of Behavior” CDs and listen to what she has to say.

I’ve been thrilled with the results that we have seen and want to share what we have learned with other families who may be having similar struggles. Listen to what Dianne has to say and see for yourself! It’s worth making the effort to try some of the above dietary changes when you know what a positive impact it could have on your child’s behavior.

Could Heavy Metals Be the Problem?

If you’ve tried all of the above suggestions and your child is still struggling, he may have a large dose of heavy metals in his body. Heavy metals are attracted to fat and we are exposed to them on a regular basis in the following ways:

And heavy metals can even be passed down from the mother to her child in utero. If you suspect your child may need to detox some heavy metals from his system, I have good news. I’ve recently learned of a tasteless spray called TRS which removes toxins with a positive charge including aluminum, mercury, arsenic, fluoride, barium, strontium, uranium, lead etc), herbicides and pesticides, mold and yeast toxins, carcinogens from smoke and haze, plastic residues, and radioactive material in the body.

Some families who use TRS see results very quickly and some see more results after using it for 6 months. TRS is safe for newborns, infants, and pregnant and nursing mothers because the toxins are completely encapsulated before being removed from the body.

If you want to learn more about TRS, leave a comment and I’ll send you an invite to a Facebook group which has thousands of testimonies from people who have been helped with Lymes, Candida, vaccine injuries, regressive autism, seizures, thyroid, drug detox, heavy metals detox, and prions, and more.  I’m using it to help with low thyroid which has plagued me since I was pregnant with my oldest son. I’m really excited to get my thyroid tested again in a few months so see if I will have the same positive results that so many others have had.

Or you can order TRS yourself by going here.

Question:  Do you have a child who struggles in any of these areas?  Do you have any other tips you could share with parents who are dealing with these same issues?  Please leave a comment below. 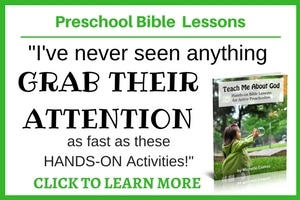