Looking for ways to connect with your son? It used to be more natural to be a good dad to a teenage son.  Hundreds of years ago, fathers were one of the number one influences on their teenage sons.  Boys used to spend lots of time with their dads working the farm, learning the family trade, and just generally spending time with him.  Even once formal schooling became the rage, the school year was set up in such a way that the older boys didn’t attend the local school for a significant portion of the year.

A few years ago, my husband and I attended a homeschool conference where Voddie Baucham was the keynote speaker.  I remember him saying that once his boys turned 13, he took on the primary responsibility of helping them to finish their schooling.  What an amazing gift that must be for both his sons and his wife!

However, he’s a pastor so he has more freedom in his job than do most of our husbands, who are quite often away from home all day long working for an employer who has control over how they spend their days.  No matter what career our husbands have, however, our teenage boys require a lot from their dads.  We need to find ways to be sure that dads are still exerting the effort it takes to be good dads to our teenage sons – even in our modern societies. 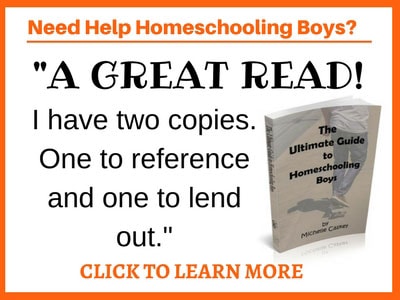 Here are 7 Powerful Ways to be a Good Dad to a Teenage Son:

Dads remember and understand what it’s like to be a teenage boy.  They can let us know if our expectations for our sons are in line with reality or not.

Because dads can empathize with what their sons are going through, they’re in a better position to give advice to them than moms are.  Also, they know what it takes to become a man and can be a bit more realistic.  For instance, my boys like to wrestle and fight with each other.  There are times when I think they’re a bit over the top.  But my husband can better tell if they need to settle down or if they’re just “toughening each other up.”

There are times when we just need to have Dad give some straight talk to our boys.  As my boys have gotten older, it has become harder and harder for them to have their mom in authority over them.  I’m not saying that boys shouldn’t show honor and respect to their moms.  What I am saying is that when you feel like you’re having a power struggle with a son, it can be super helpful for your husband to step in and remind your son how he MUST treat you.

Men and women speak in slightly different languages.  There are times when I’m trying to explain something to my boys and they just aren’t getting it.  I give them very explicit and well thought out explanations, but for whatever reason, they struggle to understand what I’m trying to tell them.  That’s a perfect time to have Dad step in and explain things to your sons.  I would swear on a stack of Bibles that my husband is giving them the same information that I just did… but somehow, my boys are able to understand better when they hear it from their dad.  This doesn’t always work because there is also a difference in the way teens communicate than the way adults do – but it’s definitely worth a shot.

It’s always good to have mom and dad as a united front when setting expectations for your boys.  One thing we do around here is that my husband goes over our sons’ schoolwork with them at the end of each week.  He asks them questions about what they’ve learned.  He looks to be sure everything has been checked off their lists.  He reads through whatever they’ve written and gives them feedback.  Just knowing that Dad will be looking at what they’ve accomplished has been a HUGE motivator for my boys.  When it’s just Mom looking at it, they don’t put as much effort into their studies.

This one is huge!  We all know that actions speak louder than words.  This is certainly true when it comes to our boys’ behavior.  I’m sure that even as toddlers, you’ve noticed that your sons copied the behavior of your husband. When they’re little, it’s so cute to see them toddling after their dad and attempting to join him in whatever he is doing.  As your sons get older, they still model their own behavior after what they see their dads doing.  No matter what you tell your boys about how they SHOULD act, it isn’t going to happen unless your husband is living it out in front of them every day.

7 – Working Side by Side

Boys love to spend time with their dads.  It doesn’t matter if they’re running errands, working in the yard, completing a project together, watching sports on TV, or working out.  Your husband can’t spend too much time with your boys!  My husband attempts to take one of our sons out to breakfast every Saturday morning that he doesn’t have to work.  This has become a precious time where they’re able to talk about our boys’ hopes and dreams.  They bond during this one-on-one time and really open up to him!  It has been a wonderful way for him to build strong relationships with our boys.

I find this sort of comical.  If I ask one of my boys if he’d like to go on some errands with me, I hear lots of moans and groans and “why’s” come from their lips.  If my husband says, “Get in the car” they don’t even ask him where they’re going.  They grab their shoes and head out… just happy to be spending time with him.  I’m sure some of that comes from the fact that my boys and I are together all day long.  But there’s also something special about the relationship between a boy and his dad.

If your son’s father isn’t available – or isn’t willing to have this type of close relationship with your son – then you need to try to find another man to stand in the gap for him.  Whether it’s a grandpa, a neighbor, or a godly man from church, it’s important for our sons to have good men who are willing to mentor them.

Our sons benefit greatly from having lots of influence from their fathers.  Homeschooling moms can do a lot to raise and influence our sons, but we can not teach them how to be a man like their dads can.

Question:  Can you think of any ways for our husbands to be good dads to our teenage sons?  I’d love to hear what has worked in your family.  Please leave a comment below.