5 Easy Ways to Motivate Boys to Do ANYTHING!

Overview: Got a son who doesn’t do anything you’d like? Discover how to motivate boys to do what you want. It’s simple and it works. You’ve got to try it!

The above scenario happens quite often in families for one simple reason – women often are happiest when they are giving. Even if they are doing something they don’t enjoy, they receive great satisfaction from knowing that they are laying down their own desires to show love to their family.

Because women give as a way to show love, it only makes sense to them that their husband and sons would also give of their time and effort to show their love. They think, “If they really loved me, they would see that the dishes need to be done… or the garbage needs to be taken out… or the vacuum needs to be run and they would do it without me even having to ask.”

Unfortunately, that isn’t the case for a very simple reason.

Our husband and sons are not women.

Because we think and feel a certain way, we assume that the men in our lives think and feel that same way. That is certainly not the case. While women are generally givers men are often takers.

I don’t say this in a derogatory way. And believe me, learning this was a surprise to me as well.

Many women in modern society have been brainwashed into thinking that men and women are (or should be) more similar than is actually the case.

In fact, I have been called a sexist on more than one occasion for simply saying that men and women are different and tend to have different strengths and weaknesses. It saddens me that saying such a basic truth can be so infuriating to some people in today’s society.

Something important to keep in mind is that we are all unique individuals. Men generally tend to think a certain way and women tend to think very differently. However, there will always be exceptions to every rule… so you’ll have to use your own judgment when it comes to what makes your own sons tick.  🙂

I’ll say it again. Men and women generally think, act, and are motivated quite differently from each other. Fortunately, if you’re feeling frustrated, it is usually much easier than you might think to motivate the men in your life to do whatever it is you would like them to do.

I discovered these techniques in an awesome marriage seminar DVD by Mark Gungor called “Laugh Your Way to a Better Marriage.” I HIGHLY recommend this series to anyone who would like to take your relationship with your husband and/or your sons to the next level.

Mark is a pastor and he shares some amazing insights into the differences between the way men and women think. I learned a TON from this video series and I feel like I understand the men in my life so much better than I did before.

5 Easy Ways to Motivate Boys (Husbands and Sons) to Do ANYTHING:

This may sound simple but men can’t read our minds. They can’t anticipate the needs of others the way that women can and they don’t know what we want them to do. If we want them to do something we need to ask. We need to stop expecting them to figure it out on their own. This is something I’m working on at our house!

2 – Be Willing to Ask Them More Than Once

Quite often, the first time you ask your sons or husband to do something, they won’t hear you. Don’t be afraid to ask them more than once.

3 – Be Sure You’re Asking the Right Way

Use a calm tone of voice. Don’t insult them or speak with frustration in your tone. That will only make them more resistant to whatever you’re saying. If you ask nicely, they will likely be more than willing to do what you’re asking.

This isn’t always easy to do. I know I often find myself frustrated because it’s hard for me to ask for help. And when I finally ask and my guys respond but don’t actually get up to do what I’ve asked them to do, I have to fight the urge to raise my voice. But believe me when I tell you that things go much better when I’m able to remain calm and ask again.

4 – Train Them With Positive Reinforcement

Whenever your sons do something that you want them to do, give him a reward. This doesn’t have to be monetary or anything large. In fact, appreciation is often the best reward.

Men LOVE to be appreciated.

Appreciate their efforts, no matter how small. Appreciate them even if they’re doing something you expect them to do like picking their socks up off the floor. The more you appreciate them, the more they will want to do things for you in the future.

If you are doing the above steps and your son still doesn’t do what you’ve asked him to do, then you may need to get your husband involved. There will be times in your son’s life, especially during the tween years, when he won’t want to listen to you. That is when Dad will need to step in and have a “Come to Jesus” meeting with your son. He will need to set the expectation that your son WILL listen to you and give you the respect that you deserve or he will answer to your husband for it.

We had several rocky years in our house where our oldest son did not want to listen to me. This was extremely difficult for both of us, especially since as homeschoolers we never got much of a break from each other. I’m happy to say that once this son turned 14, he mostly emerged from that frustrating phase. He now listens to me the majority of the time and is very pleasant.

In fact, this same son will now defend me when his younger brother tries to put up resistance while I’m talking to him. I’ve caught this son lecturing his brother on more than one occasion. He says things like, “Mom is too nice to demand that you do something. When she asks you to do it, she means, ‘Do it!'” This always makes me smile. He now thinks that I’m nice! At least part of the time.

The men in our lives do love us! They want to help us out but they need us to be willing to direct them.

In his marriage seminar, Mark says that when women are asked to describe their ideal man, they often describe another woman!  Ouch!

God has created our sons in such as way that they will accomplish what He wants them to accomplish on this earth. Men and women are equally important however they are not carbon copies of each other! When we understand this, we can learn to appreciate our differences and can have much more harmony in our homes.

QUESTION:  What do you think? Do your sons help out around the house? Have you found the above techniques to be true in your home? If you have any other advice you can give us, please leave a comment below. 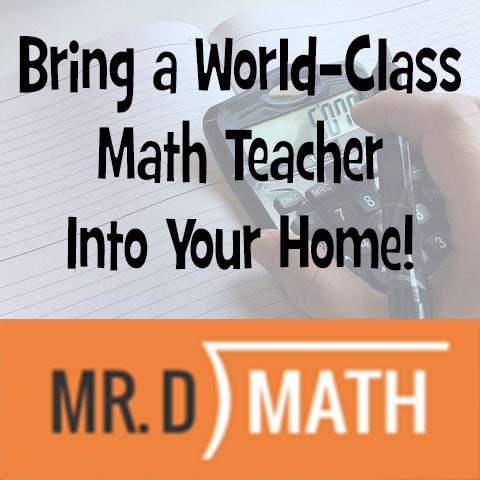